Here are some pictures of our group visiting the Russian Orthodox Church of St. Sergius of Radonezh, in Midrand.

You may have seen the church while driving from Pretoria to Johannesburg: the white building with gleaming gold domes in Midrand, easily visible from the N3 Highway is the Russian Orthodox Church of St. Sergius of Radonezh.

It is the only Russian Orthodox Church in sub-Saharan Africa (the next closest one is in Egypt), and it was built in 2003 by a famous Russian architect Yuri Kirs, from St. Petersburg,

The building has five domes – something described as “very Russian,” as this number was the most popular number of domes in Russian church design between the 15th and 17th centuries. 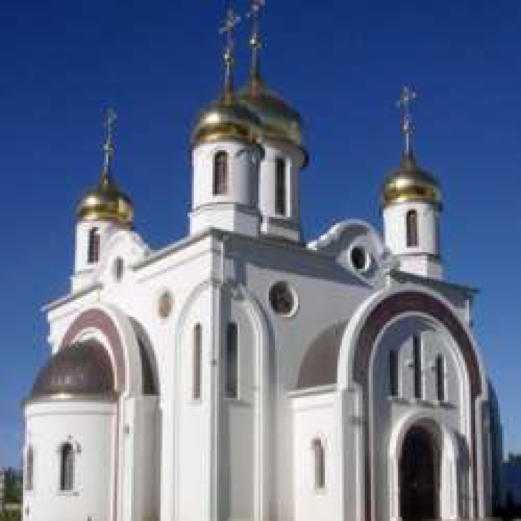 Father Daniel Lugovoi, the priest assigned to St. Sergius. Father Daniel, along with his wife and children, moved here from Russia for this assignment in 2010. 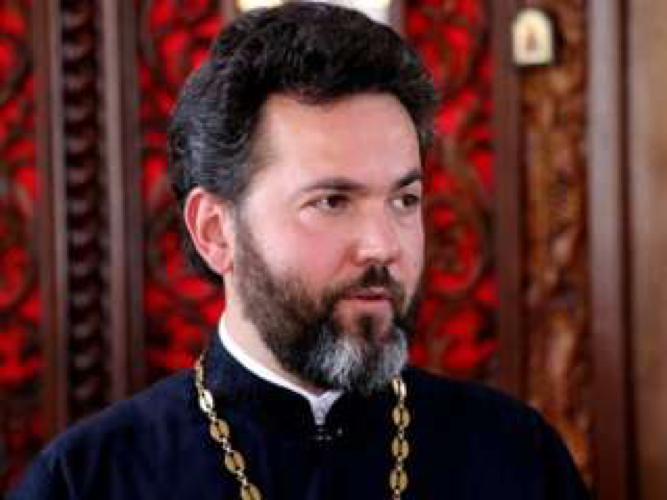 He gave us a one-hour tour of the church and explained about Russian Othodox traditions. He then invited us to the refectory to have some tea, following long standing Russian tradition.

Father Daniel says lots of people show up at the gate simply because they have glimpsed the church from the road and ask for a tour, overcome by curiosity.

The interior of the Church is far more spacious than it appears at first impression. The large central dome dominates the interior, with only slender columns in the Byzantine style to support the central cupola. Windows in the central tower reflect sunlight onto the white walls, which illuminates the whole interior. 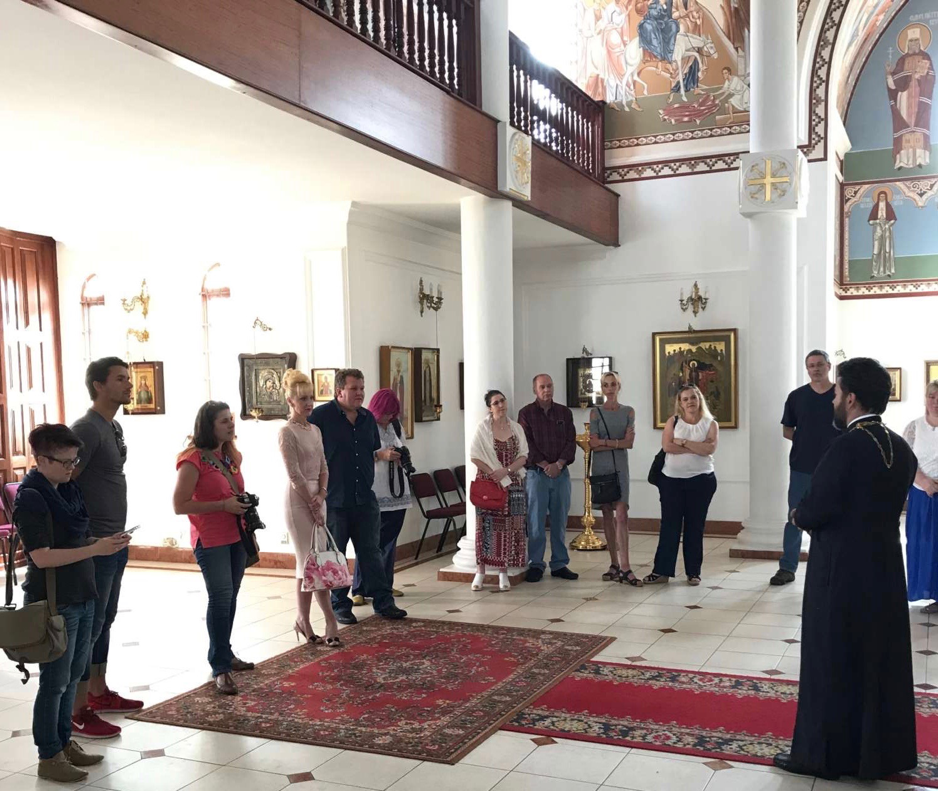 The dark wood partition (iconostasis) separating the altar from the rest of thr church is made in early Byzantine style. 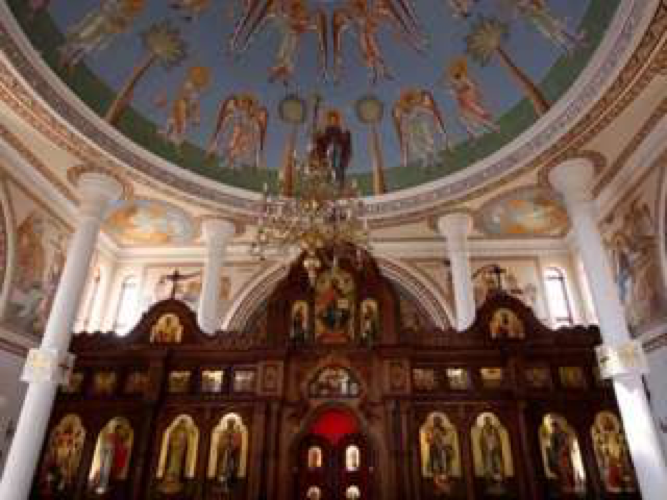 The Russian Orthodox Church of St. Sergius of Radonezh is located at the corner of Wattle and 8th Street in Midrand. Call +27-76-565-2225 or email rector@st-sergius.info.

About the Author: admin